PEFA Global Training sessions and Clinics organized by Agence Française de Développement (AFD) and led by PEFA Secretariat took place in Paris on October 3-6, 2022. Delivered concurrently in French and English, they were attended by 148 experts from more than 30 countries. The training was launched with opening remarks by Magali Kreitmann, AFD, Jean Traband, Ministry of Foreign Affairs, Government of France, and Edyner Siribie, AFD highlighting the importance of PEFA program and PEFA framework for governments to inform their PFM reforms. 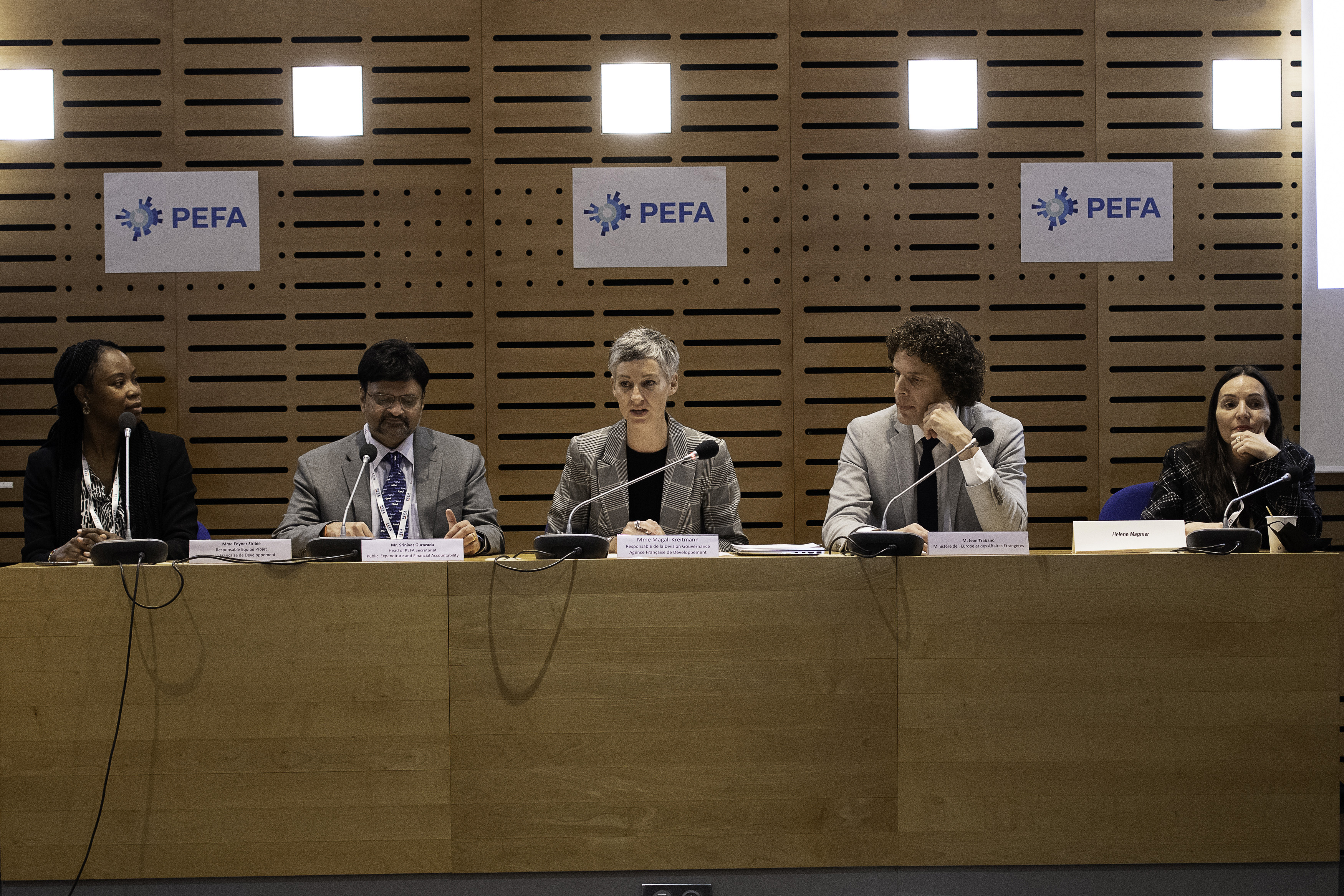 The two-day training program was attended by 48 participants. Experts from PEFA Secretariat presented an overview of PEFA products and process, with practical exercises and a lot of interesting discussions. 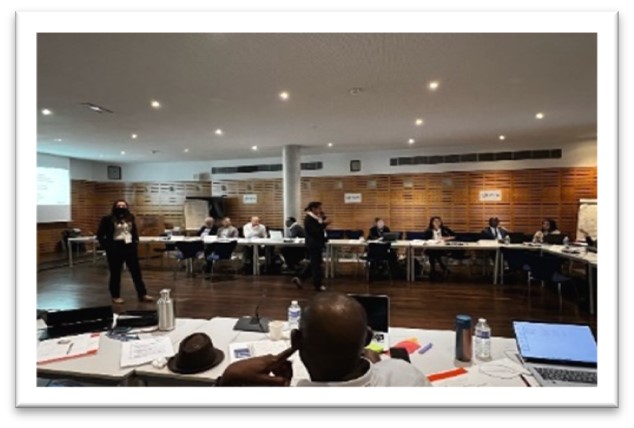 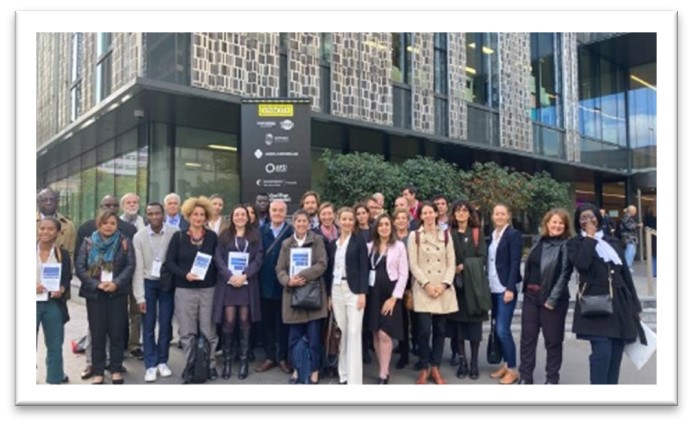 The PEFA Framework in ten languages and the related Guidance materials in four languages are available on PEFA website. 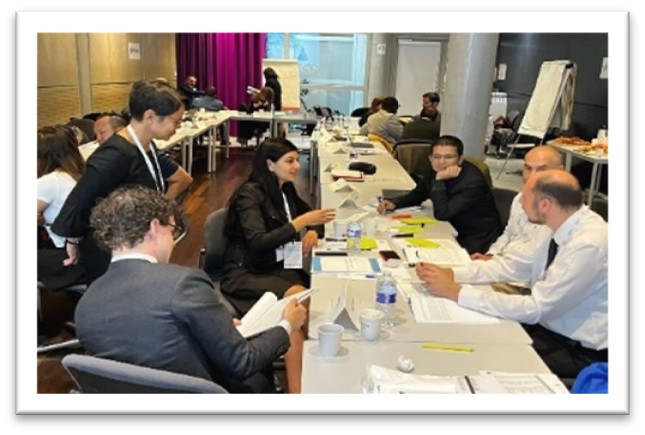 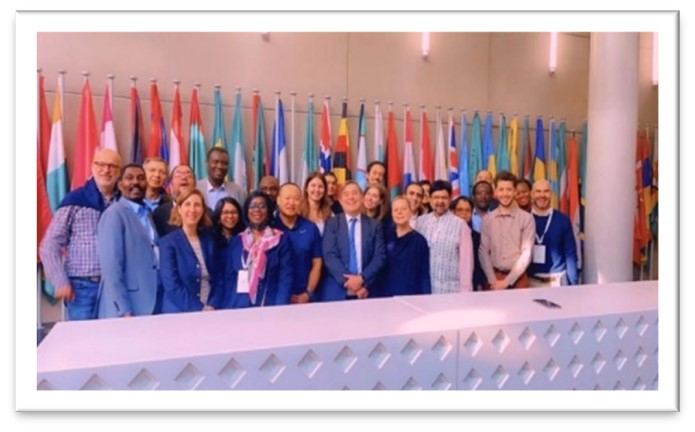 On October 5 and 6, 2022, PEFA Gender and PEFA Climate Clinics were organized. Considering the increasing number of PEFA assessments combining the use of PEFA 2016 with additional PEFA products, the clinics were specifically designed to provide hands-on training and allow technical discussions between different stakeholders including assessors with PFM, Gender, or Climate change expertise. Such tailored design was also meant to widen the current PEFA network in accordance with the latest areas of development of PEFA.

PEFA Secretariat presented the PEFA Supplementary Gender Responsive PFM framework, published in January 2020 and how it has been applied in  28 countries so far, with an increasing number at local government level.

Nineteen countries are already using the Supplementary Climate Framework with 7 finalized reports. The first national CRPFM Climate Assessment for Samoa and the CRPFM assessment for Mexico Chihuahua Municipality that was part of the Sub-national assessment are already published on PEFA website.

On October 7, PEFA Secretariat concluded the learning event week in Paris by a half-day session tailored for AFD and Expertise France, where specific operational subjects about PEFA assessments and PEFA process were discussed. The hybrid session was attended by 15 participants in the meeting room and 40 who joined remotely.

All events were very well received. Certificates were awarded to all participants who completed the training sessions. 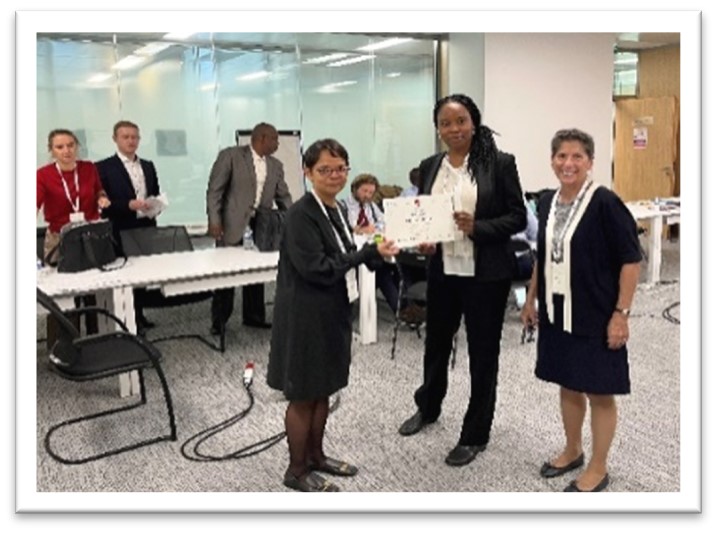 On behalf of PEFA Secretariat, Srinivas Gurazada, Head, expressed his gratitude to AFD for hosting and organizing the events and thanked the participants for their continuous interest and use of PEFA. Pictures from the events are accessible on PEFA Flickr account.