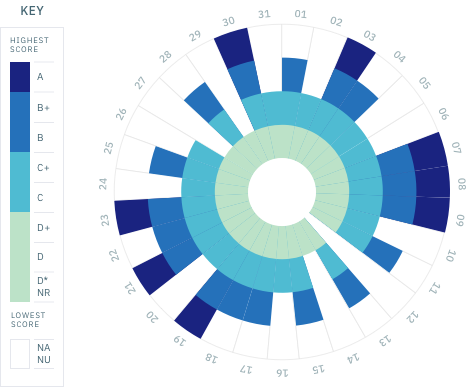 The Public Expenditure and Financial Accountability (PEFA) program was initiated in 2001 by seven international development partners: The European Commission, International Monetary Fund, World Bank, and the governments of France, Norway, Switzerland, and the United Kingdom. PEFA began as a means to harmonize assessment of PFM across the partner organizations. It subsequently established a standard methodology for PFM diagnostic assessments, the PEFA framework. Since 2001 PEFA has become the acknowledged standard for PFM assessments. In 2019, the Ministries of Finance of the Slovak Republic and the Grand Duchy of Luxembourg became new partners of the program.

The PEFA program provides a framework for assessing and reporting on the strengths and weaknesses of public financial management (PFM) using quantitative indicators to measure performance. PEFA is designed to provide a snapshot of PFM performance at specific points in time using a methodology that can be replicated in successive assessments, giving a summary of changes over time.

The goals of the PEFA Program are to strengthen capacities to assess the status of country PFM systems and develop a practical sequence of reform and capacity development actions, in a manner that:

The PEFA Program builds on the principles of the Strengthened Approach to Supporting Public Financial Management Reform which is embodied in three components and closely aligned with the Paris Declaration on Aid Effectiveness; the Accra Agenda for Action; the Busan Partnership Agreement, and the Addis Ababa Action Agenda:

The PEFA framework is a methodology for assessing and reporting on the strengths and weaknesses of public financial management (PFM) performance. It identifies 94 characteristics (dimensions) across 31 key components of PFM (indicators) in 7 broad areas of activity (pillars).

The outcome of the performance assessment, the PEFA report, provides the basis for dialogue on PFM reform strategies and priorities. The methodology can be replicated in successive assessments, giving a summary of changes over time as well as providing a pool of information that contributes more broadly to research and analysis of PFM.

Phase one describes the key steps for planning and preparing the PEFA assessment. Phase one establishes the basis for the government's engagement in, and ownership of, the assessment process.

Dialogue on need for PEFA Assessment

Development of the concept note or terms of reference

Preparation on the assessment

Phase two involves the field work to collect evidence needed to score assessment dimensions and indicators and to obtain the information needed to write the narrative PEFA report and annexes.

Peer review and refinement of the draft report

The PEFA Secretariat is housed in the World Bank, Washington DC, and is legally operating as a part of the Bank. It is fully funded by the resources of the PEFA Program.

During 2016, the PEFA program went through a rigorous evaluation covering the governance of the program but also its impact and relevance.

The evaluation was conducted by a team of independent consultants and the findings and recommendations are based on document analysis and interviews with key stakeholders and country visits. The evaluation concluded that: “the performance of the PEFA program is a resoundingly positive one”. It welcomed the establishment of a credible performance measurement framework that had been applied over 220 times in more than 125 countries.

The PEFA Steering Committee prepared a management response to the final report, which provided comments on the evaluators' main findings and recommendations