PEFA program is all set to transition from Phase 5 to Phase 6 in the New Year, with the likely date of transition as at June 1, 2023. The focus in the next phase will be on PEFA becoming the Global PFM Knowledge Hub and supporting the governments build strong ownership of PFM reforms. This is one of the key outcomes of the recently concluded December 2022 PEFA Steering Committee (SC) meeting

The PEFA SC meeting of nine partners was organized on December 13-14, 2022 in Washington DC. It was officially opened by Arturo Herrera, Global Director, World Bank. In his opening remarks he congratulated PEFA for being one of the unique assessment tools that had continued to succeed the past 21 years as the gold standard PFM framework. He reconfirmed World Bank’s strong support to the program with PEFA framework as a neutral, evidence-based tool with great impact on public financial management systems globally. 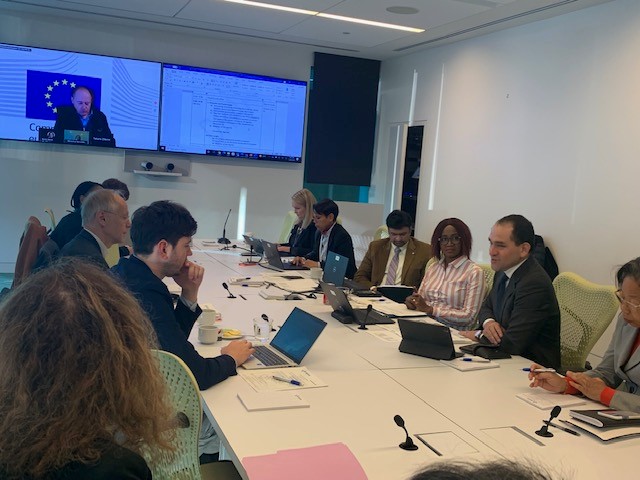 The members appreciated that the year 2022 is remarkable with coming back to “office” and with in-person events and trainings, and particularly, the PEFA Training and PEFA Climate and PEFA Gender Clinics in Paris.

The SC members congratulated governments across the globe for making use of PEFA outputs in PFM reforms, and more particularly noted the emerging trends towards PEFA ++ Assessments also including gender and / or climate.

Photos from the  Event are available on PEFA Flickr Account in the Album: PEFA Steering Committee Meeting 13-14 Dec, 2022, Washington D.C.

The PEFA Steering Committee is responsible for: (a) providing overall strategic guidance and direction on the implementation of the PEFA program; (b) deciding on operational strategies and procedures; (c) approving annual work plans and budgets proposed by the PEFA Secretariat; (d) reviewing the progress in the implementation of approved activities; and (e) establishing working groups or subcommittees to assist in the technical and specific non-technical aspects of developing and maintaining the PEFA program.