ARGENTINA PEFA: Closing the Knowledge Gap to Inform the Future

ARGENTINA PEFA, Closing the Knowledge Gap to Inform the Future

Argentina is one of the largest populated countries in Latin América, with a population estimated in 44 million. In Argentina, the latest comprehensive assessment of the Public Financial Management (PFM) systems at national level, was a Country Financial Accountability Assessment (CFAA) conducted by the World Bank and covering the years 2003-2005. PFM reforms Argentina adopted during the 1990’s brought in modern instruments and international standards that other middle-income countries with highly performing PFM were still implementing, but as the time elapsed there was  no updated overall information on the status of performance of its Public Finances, although there were specific reports on certain areas.

In the last years important initiatives are taken including changes in the legal framework to promote transparency, fight corruption and strengthen public integrity. New or overhauled laws have been passed in the areas of corporate criminal liability, access to information, ethics and integrity, plea bargain and asset recovery; accountability mechanisms have been strengthened significantly as well, such as those of the Anti-Corruption Office. An assessment was needed to inform the Government on its reform initiatives and help establish the current status in a country that has never applied the PEFA Methodology before.

In 2018, a fruitful dialogue was initiated with the Federal Council of Fiscal Responsibility (FCFR) about potential opportunities for collaboration on PFM aspects. The FCFR is an entity where 21 out of 23 provinces, the Autonomous City of Buenos Aires, and the central government reached an agreement on Public Financial Management transparency, accountability, and sound governance practices, that was named the Federal Regime of Fiscal Responsibility and Good Governance Practices (FRGGP).  In November 2018 a training workshop with experts from the World Bank and the PEFA Secretariat was delivered to national and subnational government staff.  Through this dialogue, the national government took knowledge of the PEFA methodology and the idea of conducting a national level PEFA started in partnership with the FCFR and the then Government of Argentina.

The 2019 PEFA Assessment Report for Argentina national level revealed clear points of PFM strength, notably with respect to increased transparency of public finances, policy-based fiscal strategy and budgeting. But, despite progress achieved, challenges remain. Opportunities for improvement cover public investment management, revenue management and accounting for revenue, expenditure arrears, procurement management, and financial accounting and reporting. A very productive dialogue was established on the main issues since the report conclusions are based on an objective methodology which helped to discuss priority items for attention and achieve consensus on the status of those areas.

After the publication of the PEFA a new administration took office in Argentina and it also has expressed interest in the PEFA Report conclusions which are helping to frame the dialogue on PFM aspects. Besides, the national PEFA contributed to open the dialogue on PFM at subnational level with argentine’s provinces.

It was key for the successful assessment to start the dialogue with stakeholders focusing on technical terms in a way to first provide an overview of the PEFA methodology and then provide the technical knowledge required to understand the assessment process and methodology. Furthermore, dialogue on how and when to do the assessment was facilitated by a common understanding of the scope and deepness of the methodology.  Lastly, the participation of the FCFR was critical as it is a main actor on the oversight and monitoring of Public Finances in Argentina.

"Since I attended a PEFA training that took place in Lima, Peru in May 2018, we have established an open and transparent dialogue with the Specialists from the World Bank. This dialogue generated a sincere exchange that led to the understanding that it would be a valuable experience to have a PEFA evaluation for the Argentine Republic national government. This is how the necessary meetings and dialogue began to make it possible. First, the entire Executive Committee of the Federal Council of Fiscal Responsibility (FCFR) including the National Government should participate in a PEFA Training. Besides, Mr. Alejandro Gallego representative from the National Government had a clear understanding of the possibilities for improvement in public administration that could be conceived by having a PEFA diagnosis. Next, and in collaboration with the World Bank Team a PEFA training was delivered so that the Methodology reached all the provinces that made up the FCFR. Finally, each one of the necessary agreements was given to carry out the first and successful PEFA assessment for the Argentine Republic that resulted in a great and useful analytical piece of work" (Patricia Farah, Technical Coordinator of the FCFR) 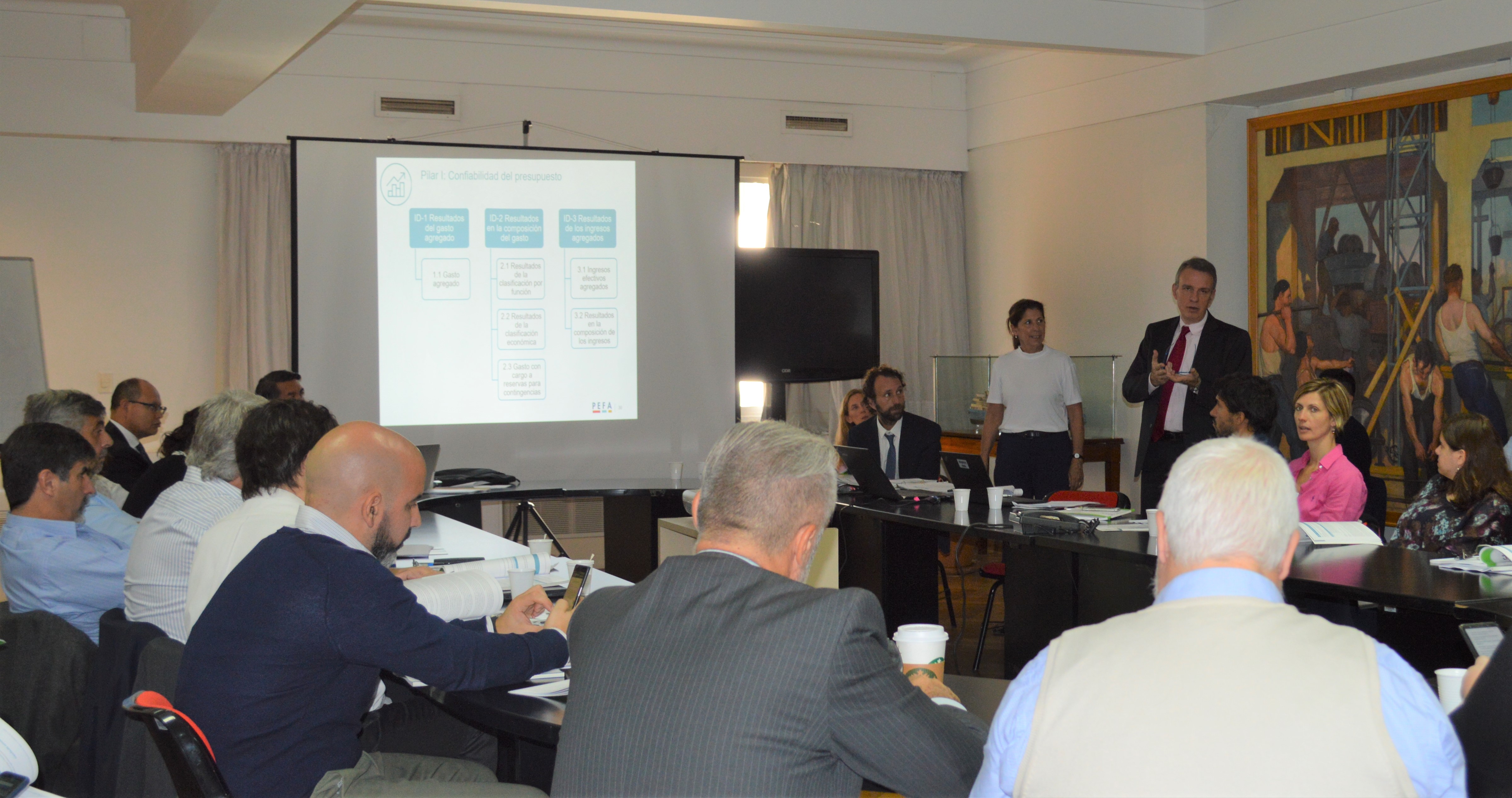 View Summary of the Assessment